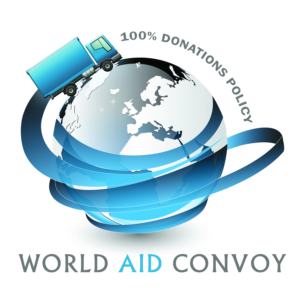 Make a difference today by donating to World Aid Convoy and Help us improve the lives of the orphans, widows, displaced, refugees, most needy and Help us provide vital aid to the hospitals, medical facilities, schools, mosques and madrasah’s who need your support.

You are welcome to make a donation directly into our account through Bank Transfer or at Natwest Bank.

When donating please fill in the Reference: with your initials Please write your intention, if it is Lillah, Sadaqah, Zakat, Sadqatul Fitr, Fidyah, Kaffarah, General, Most Needy or for any other specific project.
When paying in at the bank, please check and make sure the bank receptionist has filled the reference if it is Zakat or it will be used as Lillah for the Most Needy.

You can also Donate through PayPal: worldaidconvoy@outlook.com

We accept all major debit/credit card payments through PayPal securely. (Please note you can pay by credit/debit card through PayPal and do not need a PayPal account to do this.)

When donating through PayPal: Please leave a note with your intention, if it is Lillah, Sadaqah, Zakat, Sadqatul Fitr, Fidyah, Kaffarah, General, Most Needy or for any other specific project.

Believe in Allah and His Messenger (Muhammad S.A.W), and spend of that whereof He has made you trustees. And such of you as believe and spend (in Allah’s Way), theirs will be a great reward.

“The charity of those who expend their wealth in the Way of Allah may be likened to a grain of corn, which produces seven ears and each ear yields a hundred grains. Likewise Allah develops manifold the charity of anyone He pleases, for He is All-Embracing, All-Wise.”

“Those who spend of their goods (in charity) by night and by day in secret and in public shall have their reward with their Lord: on them shall be no fear nor shall they grieve.”

“And perform As-Salat (Iqamat-as-Salat), and give Zakat, and whatever of good (deeds that Allah loves) you send forth for yourselves before you, you shall find it with Allah. Certainly, Allah is All-Seer of what you do.”

Hadith Qudsi – Abu Hurairah R.D narrates: The Messenger of Allah S.A.W said that Allah The Glorious and Exalted Says: “Spend (on charity), O son of Adam, and I shall spend on you.” (Sahih Al-Bukhari) 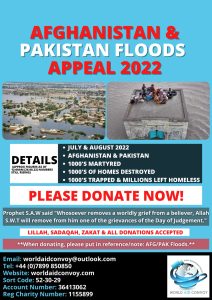 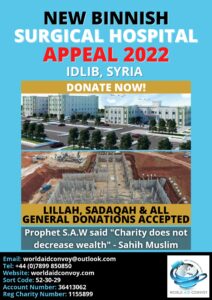 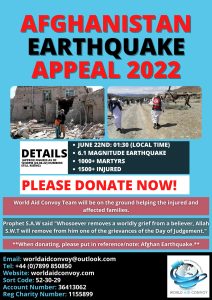